How to Determine Wind Speed with a Flag

When a flag is on a pole perpendicular to the ground, determine what the the angle between the pole and the bottom side of the flag is, then divide by 4. For example, if the angle of your flag with the pole is approximately 40 degrees, the wind speed is roughly 10 mph. 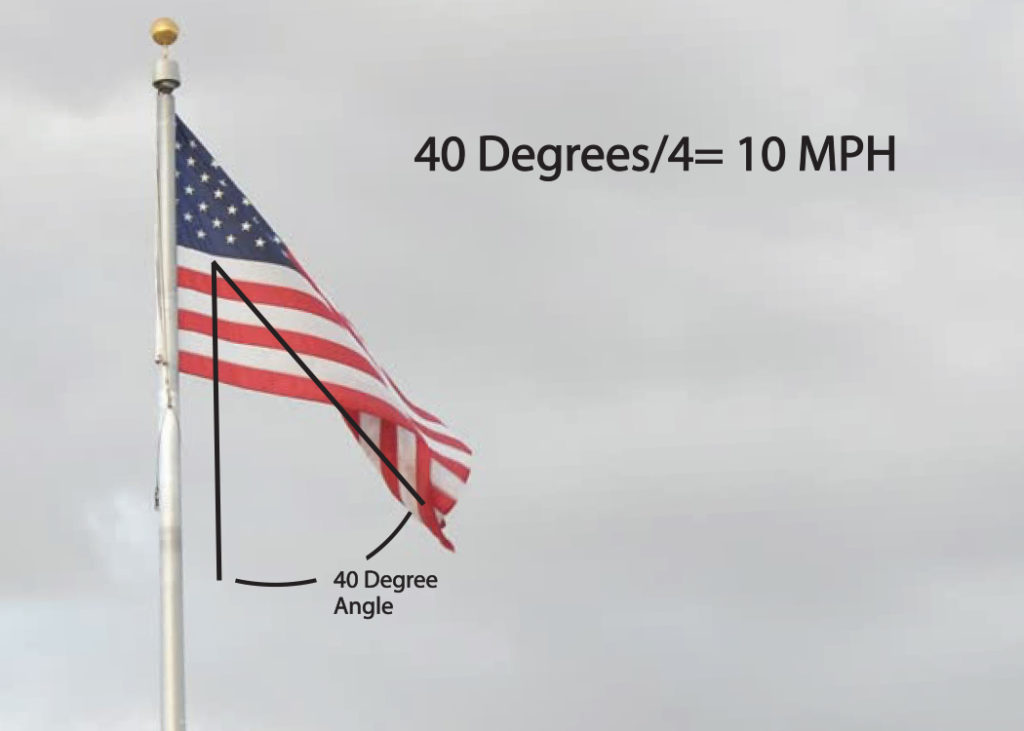 Another way to determine the wind speed of a flag is how much it is moving in the wind. When watching a flag flying on an in-ground flagpole, there are few ways it could be waving. Who knew there were multiple ways a flag could fly.

If the flag is not moving, then the wind speed is below 11 mph.

If the flag is moving subtly and sporadically, then the wind speed with between 12-18 mph

When there is a high wind day like stage five, we recommend taking your flag down if possible, to extend the life of your flag. When your flag is left out in a stage five wind, the flag will start to fray much quicker than if you take your flag in for a day or two. 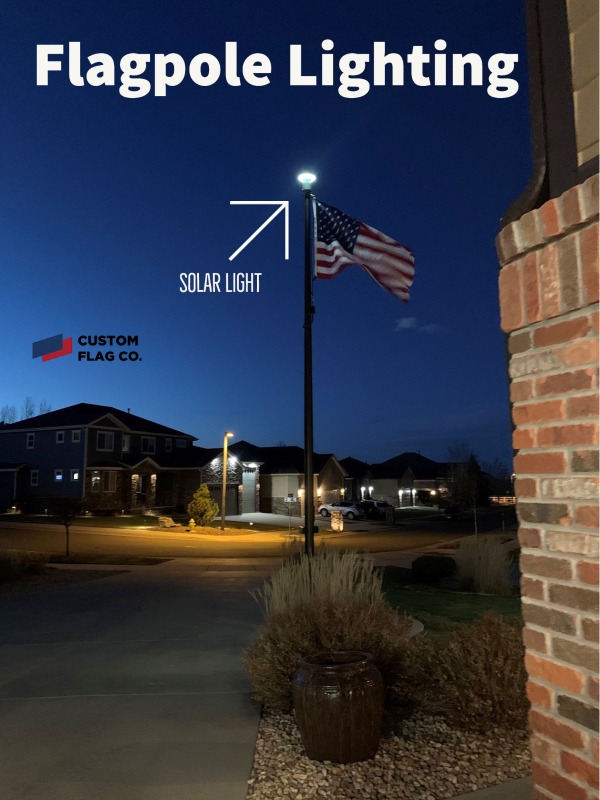